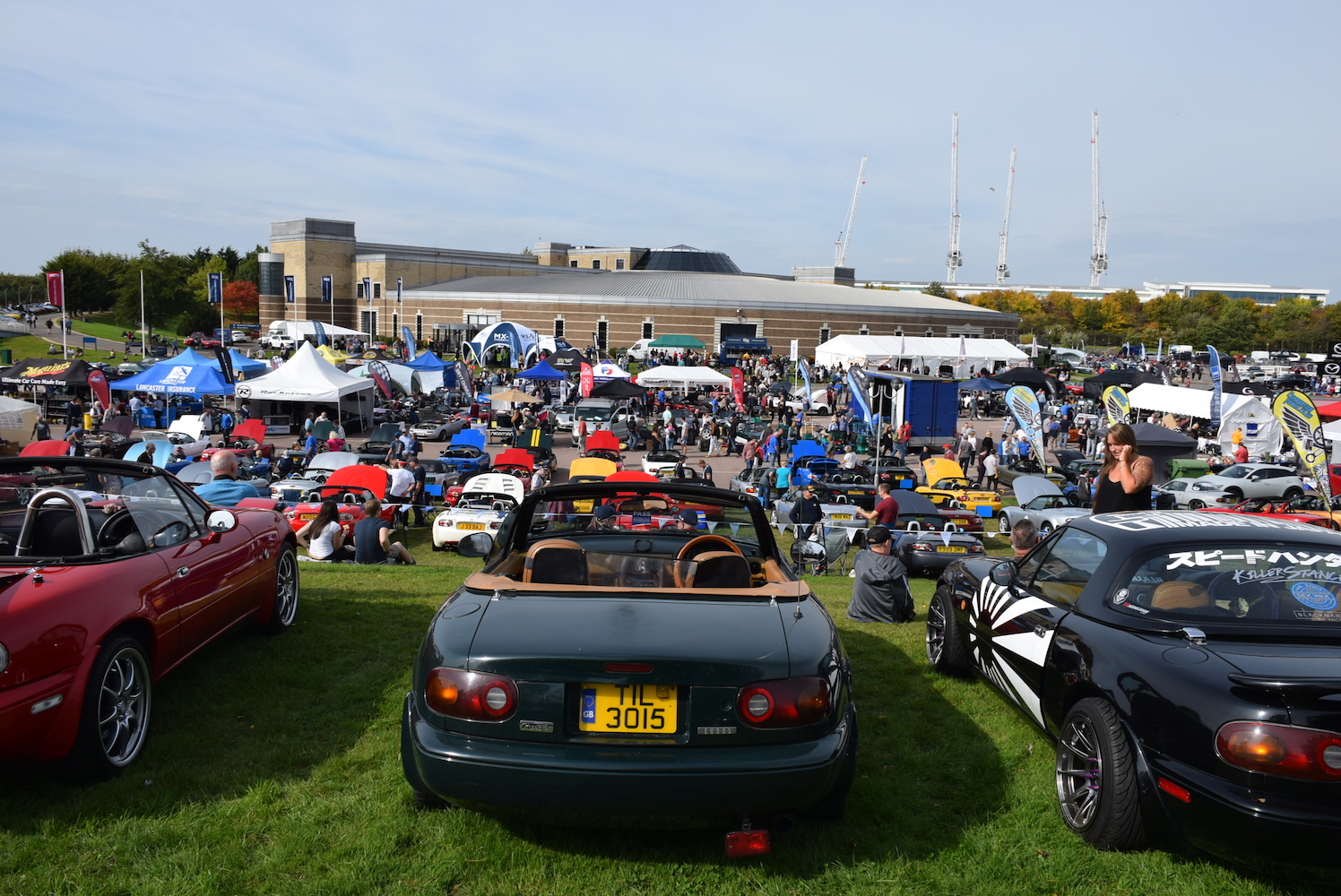 The combination of excellent weather, excellent planning and even better people helped make the 2017 National Rally the biggest and best to date

It’s perhaps something of a cliché to suggest that car shows live or die by the weather on the day, but then most clichés have their roots in a kernel of truth, and it’s certainly true that the weather decided to play ball at the 2017 MX5 Owners Club National Rally. In fact, so hot was the late September weather that you could have been forgiven for thinking it was mid-summer, plenty hot enough to chime with the MX5’s pure, stripped back roadster ethos, plenty hot enough for a number of show-goers to end up looking a tad lobster-pink by the end of the day! 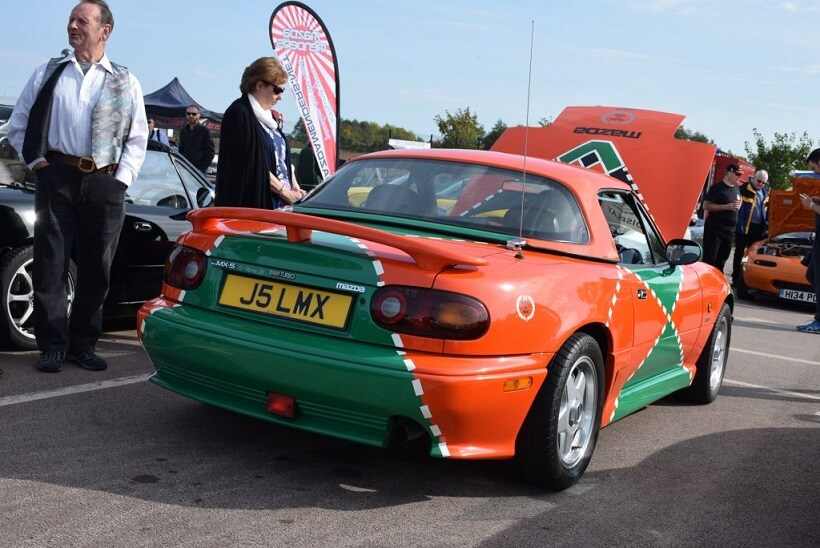 Very much a highlight of the MX5 calendar, the National Rally more than delivered on its promise

Weather aside, the show was deemed a roaring success by all who made the pilgrimage to The National Motor Museum at Gaydon. While there’s no denying that last year’s venue of Donington Park had its charms, it’s probably fair to say that Gaydon well and truly captured the imaginations of all who attended, if only for its stunning surroundings, natural amphitheater, and because it included an opportunity to look around the museum. 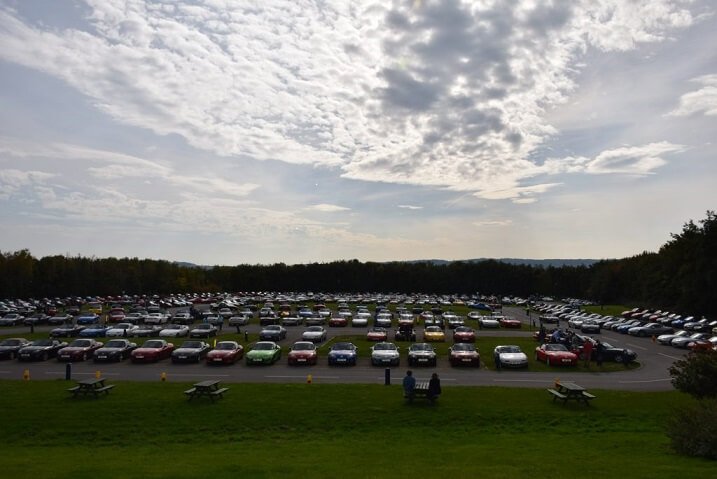 MX5s of every type, spec, shape and age were made the pilgrimage to Gaydon

The weather and the location probably played a role in the sheer number of cars that eventually packed into Gaydon, we believe in excess of 2000 in all, comfortably making this year’s Rally the largest to date. As ever with the UK’s MX5 community, it’s only when said cars are parked wheel-to-wheel and wing-to-wing that it’s possible to truly appreciate both the scale and the variety of the scene itself. Hard, track focused NAs with imposing looking roll cages could be found sharing space with bone-stock NDs, with every conceivable type of MX5 imaginable in between. The only way to truly grasp the scale of the event was to take a wander to the far side of the Gaydon bowl with your back to the museum itself, as doing so allowed you to view one of the best MX5-related views of the year; massed ranks of Mazda’s finest automotive export and groups of passionate owners dotted around. It made for compelling viewing, make no mistake. 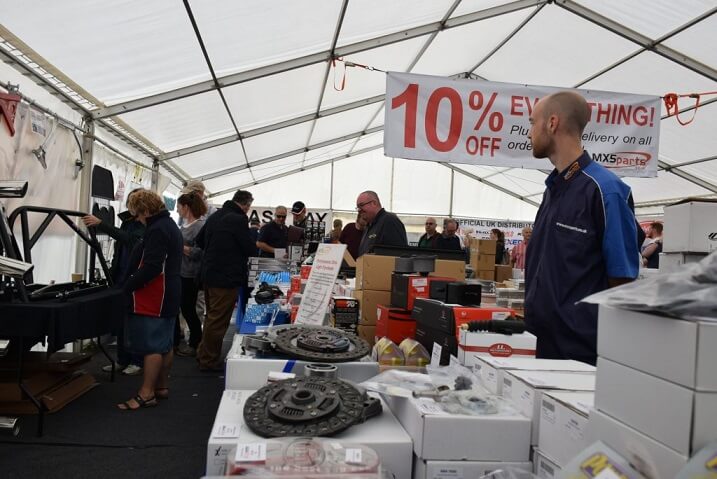 The MX5parts stand was packed with punters throughout the day, so it was a good thing we brought along so much of our range!

The MX5parts stand has long been a key fixture of the Rally and 2017 was no different. We’d pulled out all the stops in readiness for this, the official ‘last hurrah’ of the show season, hence why our marquee was comfortably the largest on site and a full 9sqm bigger than any of our previous settings. It needed to be  we’d also opted to bring along almost our entire range, which meant that we were able to supply a dizzying array of hardware for every type of MX5. Big brakes for your track NA? Not a problem. Brand new trims for your almost-but-not-quite restored NB? Again, no issue. Our stand also acted as yet another barometer of the British MX5 community and its rude health, so much so that it frequently felt as if every Roadster owner on the site had managed to squeeze into our tent at the same time! 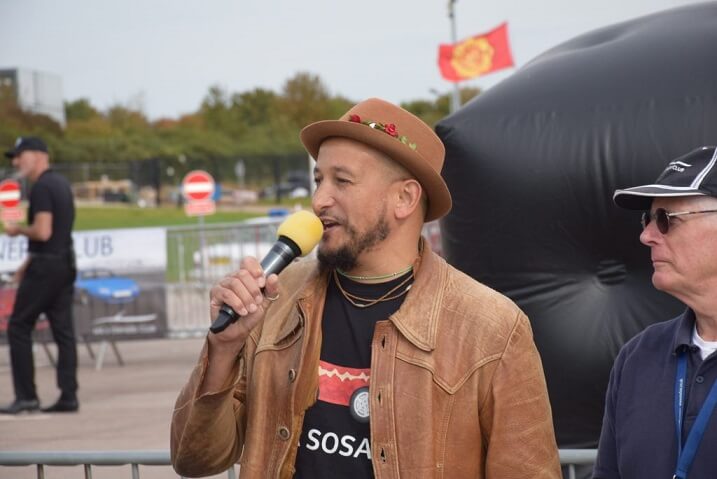 Fuzz Townsend was a popular addition to the National Rally roster

The 2017 Rally was marked by the attendance of one of motoring TVs most popular personalities, Fuzz Townshend. The Car SOS hero was on hand to answer tech questions with ‘Roadster Robbie’ in a selection of free to attend workshops, and also to pick his favourite club stand. In the end, he ended up plumping for both the North-East Midlands MX5 Club (possibly as theyd taken the time to create a number of Fuzz-targeted signs and models) and the Phoenix Five club, citing both the quality of the stands and the clear passion for the car itself displayed by both clubs. 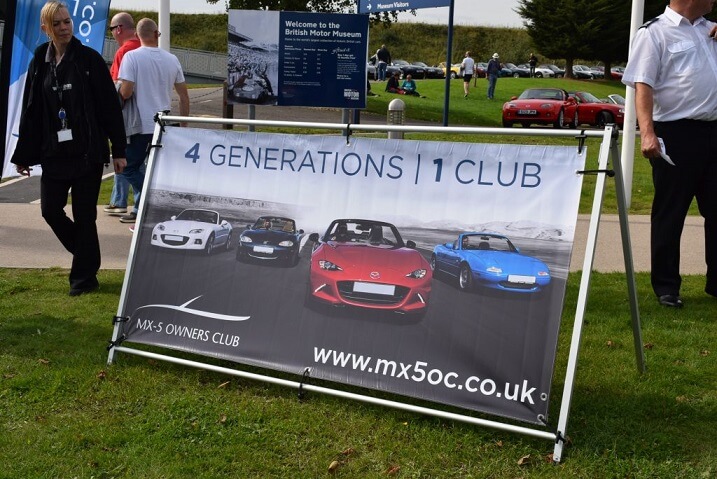 The National Rally simply wouldnt be possible without the support and organizational prowess of the MX5 Owners Club, so its only fitting that its stand was one of the busiest over the course of the day  and not merely because Fuzz Townshend was a regular visitor! Easily one of the best car clubs of its type, the Owners Club were offering special introductory offers to anyone interested in joining their ranks, an opportunity simply too good to pass up for many show-goers. It was also a fitting send off for Roger Mead, the club chairman and a man whos been at the helm of the MX5 Owners Club for 6 very successful years. Wed like to take the time to thank Roger and everyone else at the club, all of whom work tirelessly to ensure events like this go from strength to strength. 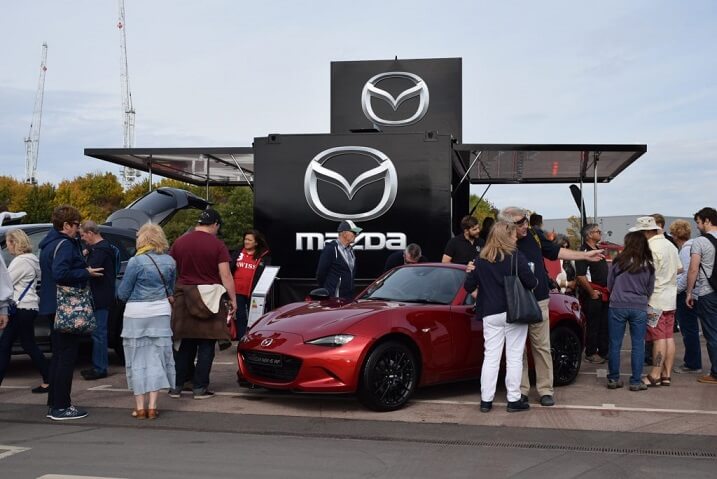 We’re fortunate in the UK MX5 community that our scene is so well regarded and indeed supported by Mazda itself, hence why it was such a pleasure to see the British arm of one of Japan’s most significant car makers in attendance at Gaydon. Mazda UK were on hand with a variety of brand new models (all of which could be purchased on the day if you were feeling especially flush), including an achingly pretty MX5 RF, a model which had a queue of folk waiting to sit in it at all times. 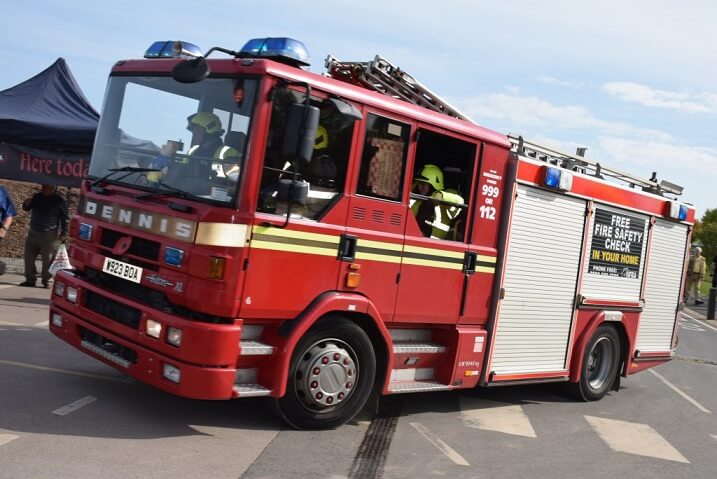 Because fire engines and police cars send all grown adults into fits of childhood rapture, right?

As if to really highlight the busy nature of the day, the Midlands Voluntary Fire Service gave a number of demonstrations, jumping into action with blues and twos before setting to work on the car in question, an ex-crash test Jaguar XF. It was fascinating to see the professionals at work, and a rare chance to see some of their more specialised equipment (including a high-pressure mist generator) in action. 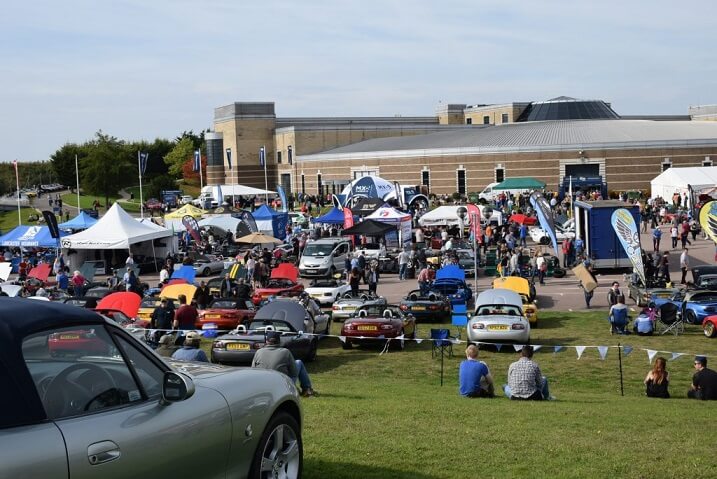 Far from merely playing host to the National Rally, the Gaydon Motor Museum became a central feature of the event, not least as its packed with significant cars from Britains glorious motoring past. OK so it was somewhat lacking in MX5s, but it was interesting to note the parallels between the cars which inspired Mazda to commission it in the first place (you know the candidates, the Lotus Elan, MGB and Triumph Spitfire), and our favourite Roadster. 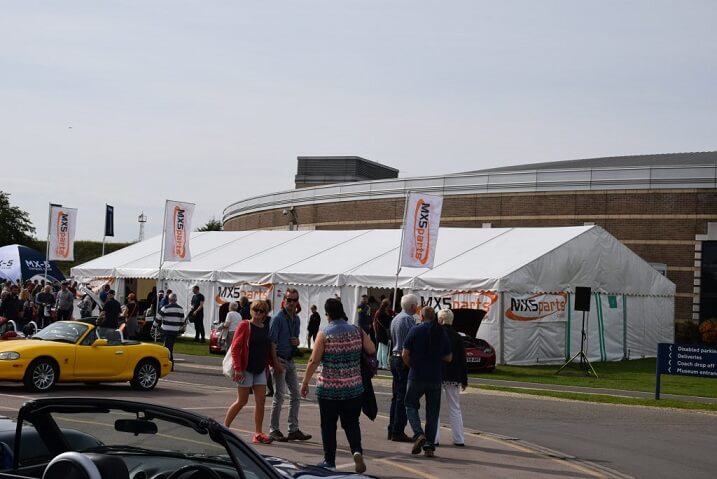 We’ll see you all next year!

Deemed an unqualified success by all who attended, the 2017 National Rally showcased the brilliance and warmth of the British MX5 scene, so much so that were already counting down the days to the Spring Rally at Goodwood. Well see you there!