TELL US WHAT YOU THINK

I have now been using this cover for 4 months now, very frequently, and feel can make a genuine assessment. First, it isn't strictly waterproof. If you think this is the answer to your dreams of leaving your '5 ND outside on your drive in the driving rain, pulling away the cover and seeing a dry hood, think again. It's 'waterproof' like some tents are; water does indeed roll off, but if you 'rub' the contact side (i.e the underneath) water seeps through. Of course contact occurs (the cover is, after all, touching the car!), so it seeps through. When you remove the cover after a day of rain, the hood won't look drenched, but it will have some pools of water on it, as well as being overall damp(ish). It's better than nothing, but certainly not a fully waterproof cover. Also, where it contacts the windscreen and rear glass, these areas get particularly wet, and concerning the the rear glass wetness, this if course then runs down onto the hood fabric immediately blow it, near the rear seal.
Second, the fit is okay. Hasn't blow off, but it flaps a little by the rear quarter (i.e, the petrol cap area), which then tends to fold over, exposing some of the soft top in that area.
Overall, it is 'better than nothing' when it's pouring down (but, again, don't expect a fully dry hood underneath) and totally fine for dry days, keeping bird much and pollen off the hood when the season marches into spring and summer. I guess it might even be fine for summer days to, to save the strong sun beating down on the hood all day. It's also good for frosty nights, with the hood then not covered in dew or frost the next morning.
Finally, I think it was 'better' when I first purchased it to how it now seems, 4 months later. It has started to look more soaked in/saturated (the cover that is), so I have even tried applying a NikWax proofer to the outside. This has restored some beading off the cover, but not done anything of improvement to it's overall waterproof abilities.

I have now been using this cover for 4 months now, very frequently, and feel can make a genuine assessment. First, it isn't strictly waterproof. If yo..
por James Richards

As I couldn't seem to edit reviews, I meant to say in my review that I *WOULDN'T* (not would) put the cover on for extended periods, such as leaving t..
por James Richards

Cover is very lightweight. Easy to fit. First use was on a totally hammering rainy day. Checking as the day went on, it seemed dry underneath, however..
por Simon Dickinson

I have used this over the past winter and it has done the job of keeping the muck off of the soft top perfectly. It has an excellent fit as you would ..
por Richard Bird

Although I purchased this at the end of last summer it has been used for the first time a few days ago A good fit with little flapping potential Not..
por David Melrose MBE

This is a follow up review and to be fair with this product, my initial review was based on first impressions of this half cover out of the box, whic..
por David Melrose MBE

Delivered next day, unfortunately disappointed with the quality of the cover for the price. Thin material however it fits OK and secured with wipers a.. 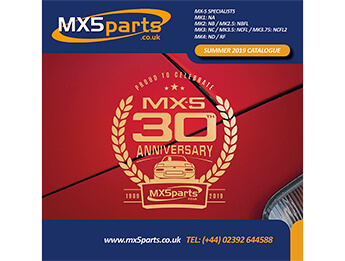