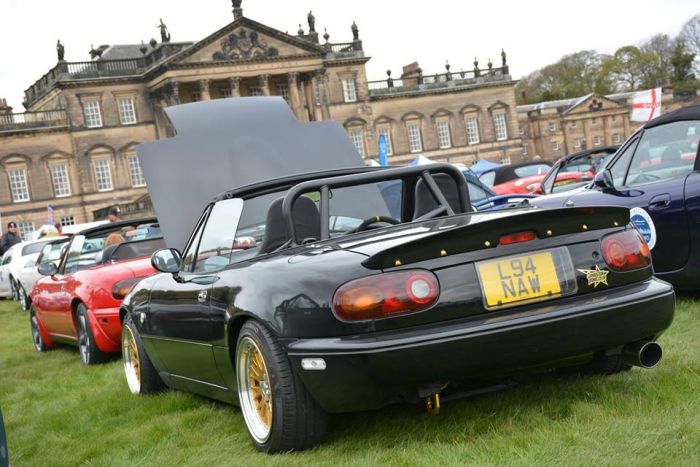 MX5parts join the MX-5 Owners Club for their Spring Meet 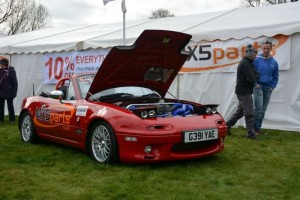 The UK is blessed with one of the most vibrant and proactive MX-5 scenes anywhere in the world, with tens of thousands of passionate owners and fans working hard to keep as many of these remarkable cars on the road as possible. The MX-5 Owners Club has been doing precisely this for decades, chiefly through its bulging calendar of events, meetings and gatherings, all of which regularly draw some of the finest MX-5s in the country. The first big show of the year was the appropriately named Spring Meet, this year held at the stunning Wentworth Woodhouse in South Yorkshire. Typically for a mid-Spring day in the Britain, the weather was at times challenging, though fortunately the rain held off and the colder conditions didn’t deter many thousands of owners from making the pilgrimage. 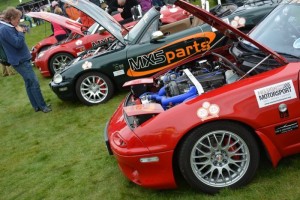 Our own demo cars were a popular addition to the display field.

All four generations of Mazda’s belting little roadster were well represented, with an example of every major UK special edition there on the day, and all looking utterly flawless. Indeed, sometimes it was hard to navigate the (sizable) show area without running into the clouds of detailing spray, polish and wax wafting about, and this made judging the eventual winner of the hotly contested Concours Competition all the tougher. A number of awards and trophies were handed out for a wide variety of categories, including Best in Show for each class, Daily Driver and Best Modified, and all drew entries from some truly amazing cars. 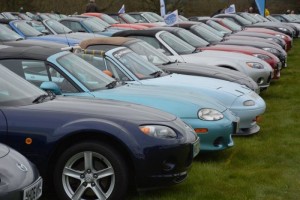 All generations of MX-5 were represented.

It wasn’t just individual models and marks of MX-5 that were there on the day, and we were blown away by the number of modified examples, many of them running decidedly trick home-brew forced induction arrangements, engine swaps and induction setups. Even the swiftest of tours of the Wentworth estate revealed dozens of examples of amazing engineering, with some of our favourites being the Pitcrew-fronted NA in a gorgeous shade of metallic brown, and an Italia-kitted NA built by Deepcar Autobodies and fitted with a screaming V6 from a Mazda 6. 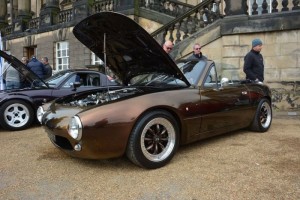 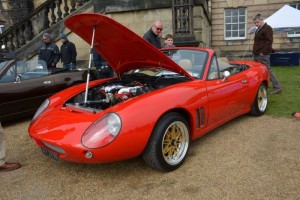 Fancy a slice of Italian exotica with shot of reliability? Then you need a  Simpson Design Italia with a Mazda V6 inside. 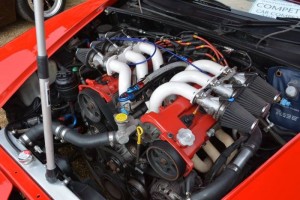 We at MX5parts enjoy a warm a very close relationship with the MX-5 Owners Club and have done for a very long time indeed. Naturally, we always try and support these events, so the entire MX5parts team was out in force to mark the occasion and it was a good thing too, as the number of MX-5 owners queuing up to view our stand was only matched by the sheer variety of merchandise and roadster tuning gear we’d brought along on the day! The scale of the line snaking its way out from under our stand was at times hard to believe, with thousands of passionate punters taking advantage of our money saving offers on the day, namely 10% off everything on the stand. 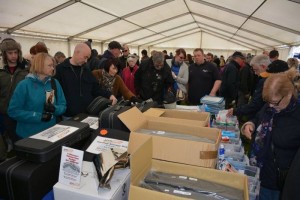 Our well stocked stand was a hive of activity.

Underlining both the significance of the UK to its global strategy and the MX-5 in particular, Mazda UK was in attendance with an expansive stand that was home to every major special edition sold in the UK. It’s always great to see a mainstream manufacturer lending its support to a community centered around a particular model, and even more so when it pulls out all the stops in the manner Mazda UK unquestionably did. The various MX-5s on the Mazda stand were rarely without throngs of interested individuals milling around, the Le Mans special edition proving particularly (not to mention justifiably) popular. 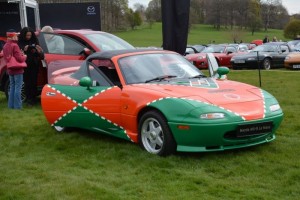 Special editions don’t get much cooler than the Le Mans.

Like all events organised by the MX-5 Owners Club, the Spring Meet was very much a family-friendly affair, hence the decision to hold it in the stunning grounds of Wentworth Woodhouse . The privately owned house is ordinarily closed to the general public, so the Spring gathering was also an ideal opportunity for MX-5 owning families to explore the innards of this, one of the finest stately homes in the North of the country. 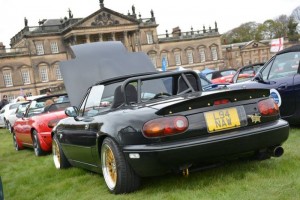 We’d like to extend our thanks to everyone who made the trip to Wentworth Woodhouse on Sunday and therefore contributed toward making the event an unqualified success. MX5 Parts will be in attending a number of other events on the MX-5 Owners Club calendar, including their summer show. Until then, please take the time to head over to our website. We’ve recently updated it to include a raft of new and exciting products, styling gear and OE accessories, including some must-have parts for the new ND.