Since it’s launch in 1989, the Mazda MX5 has under gone various redesigns and facelifts, and depending on where in the world the vehicle came from, can also be known by different names. This can often lead to owners being unsure as to exactly which model they have. One thing that is certain though, every single one of the now 900,000 vehicles that have been built to date, started life in Mazdas Hiroshima plant in the South West of Japan, regardless of the market they were destined for. Those built for the UK and European market are known as the MX5, in Japan they are called the Eunos Roadster, and the US market took the name of the Miata. By the third generation model however, Mazda tried to standardise the name worldwide, however the Americans prefered not to lose the Miata name, so it unofficially became the MX5 Miata. So where did yours come from? The simplest way to tell is with your cars chassis or “vin” number. This can be found either on the registration document, or on the metal vehicle identification plate fixed to the bulk head at the back of the engine bay. All cars built specifically for the UK and European market have a chassis number that is 17 digits long, and begins “JMZ”. A European Mk1 chassis number for example could take the form of JMZNA18B201123311. (A full downloadable pdf breakdown of the MX5 chassis number can be found by clicking on the link at the bottom of the page). Vehicles that were bound for Australia also have 17 digits, but begin “JM0”, and the US and Canadian market start “JM1”. Japanese Roadster models however have a vin number that is only 10 digits long, is split into two parts, and starts with the two letter model code NA, NB or NC. For example, a Mk1 Eunos Roadster could have the chassis number NA6CE-115631.

Although there are subtle changes between them, they are all basically the same car. Japanese Eunos Roadster models tended to be of a higher spec than UK ones having things like alloy wheels, air conditioning and power steering as standard right from the factory. Visually, apart from the badge, the most obvious difference between an Eunos Roadster and a UK MX5 is the rear number plate. UK ones are the usual oblong shape, whereas the Eunos has a square one. Also, because it is not a requirement in Japan, Eunos models have no rear fog lamp, so any Japanese imports for example had to have an accessory one fitted when entering the UK to get it through it’s SVA test. These tend to be fitted hanging from the bottom of the rear bumper. Lastly, one way to tell if the vehicle is a US spec Miata, is that unlike every other market, American vehicles have no front wing side repeaters, making the wing panels different as there is no hole cut in them.

Looking to buy an MX5? Check out our handy Buying Guides: 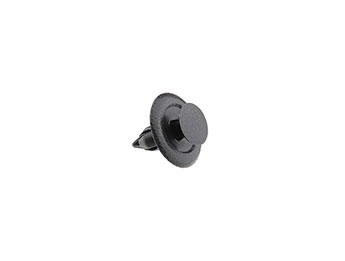